(Scroll down to the comments section of this post to see a very interesting discussion about hair covering and religion.)

I am very happy with the results of this wrap!  This particular style is a Regal Wrap with Hanging Tails, except instead of using the pin to secure the ends, I used the purple tails to create a side ponytail. 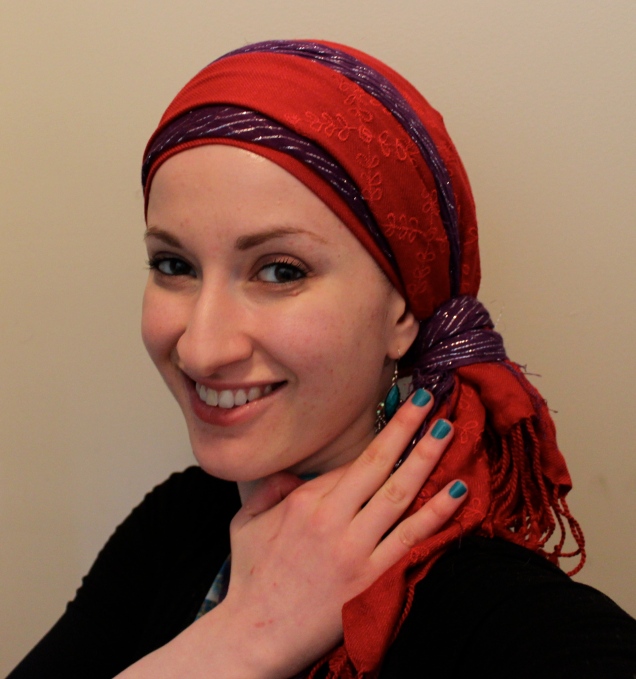 It was also nice to discover that I had earrings with red, purple and turquoise in them… so my nails actually matched (somewhat)!

52 thoughts on “Fancy Side Ponytail”