Hi, Wrapunzelistas! Summer has officially begun in my neck of the woods, so I’ve been on the hunt for styles to help stay cool in the sweltering heat. Some of my favorite summer scarves have always been Israeli Tichels and I found myself reaching for my favorite one recently, when I knew that I’d be spending lots of time in the sun. Having just watched Andrea’s new Israeli Tichel tutorial, I found myself itching to try something different and came up with the following easy breezy look. It’s so simple! 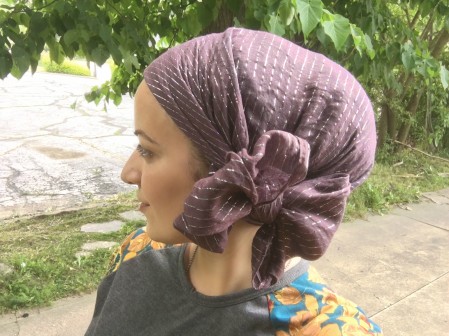 If you can tie your shoe laces, you can tie this tichel! I was particularly thrilled that it could be worn over just a No-Slip Headband and that it doesn’t require any volume in the back, as I usually skip wearing a shaper at the beach and during many other summer activities. Plus, it can be worn with tails or without, which give even more possibilities. 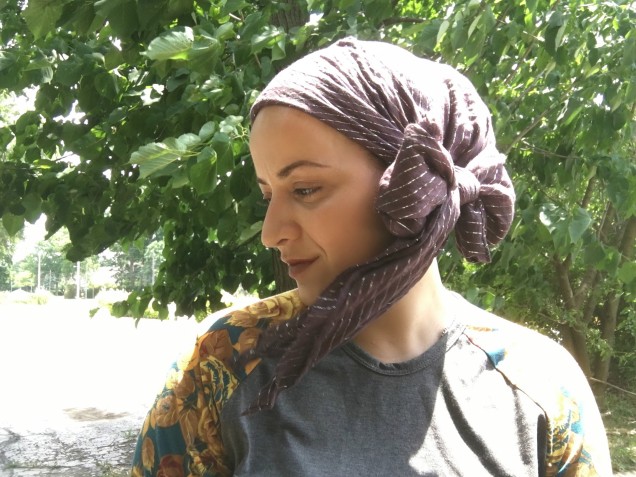 Or even fanned out, lending the appearance of a flower. Totally flapper-esque, am I right?! 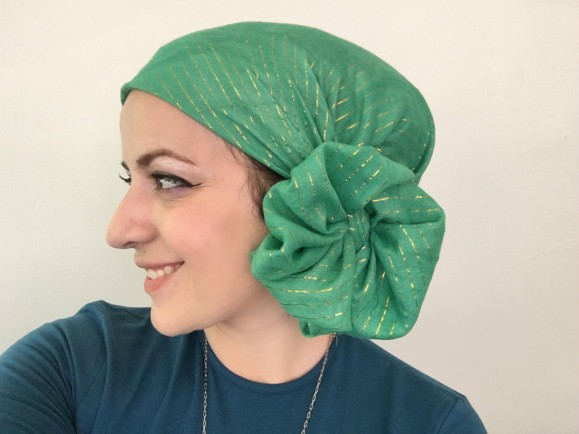 This style will work well with any square tichel and a variety of materials. One of my passions has always been collecting vintage silk squares, but I have struggled a bit when coming up with ways to highlight them. Well, I am happy to report that they work beautifully here and even manage to give a more amped-up, fancy look. This one will be just perfect for Shabbat! 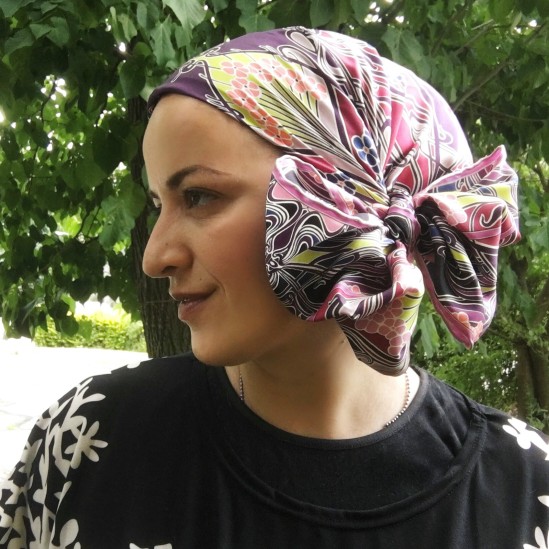 Before you watch the tutorial below, know that this style can also be tied with a long, oblong-shaped scarf. Skip your pashminas, grab your favorite thin, rectangular tichel (embroidery might be tricky), tie a knot in the back of your head with one short tail and then bring the longer one over your head, before tying the bow/flower.

Hope you enjoy this one as much as I do!!!